What Did You Do On Your Z Today?

Top Posters In This Topic 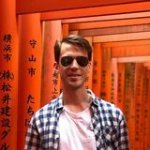 Created a little abomination by sticking together ebay special retro style radio and original hitachi fascia, few finishing touches and it'll be only distinguishable by the little buttons instead of t

Drove it for the first time ever!